There have been a number of news stories about the custody removal and forced chemotherapy of Nicholas Gundersen. In an effort to keep the facts relevant and timely I will seek to update everyone as new information comes in.

To recap: Summer of 2018, Nicholas Gundersen was misdiagnosed and mistreated at Cohen General Hospital with Acute Myeloid Leukemia, when he was actually later found to have Mixed Phenotype Acute Leukemia. In late August, Candace Gundersen and her son Nick attended an outpatient appointment in order to go over test results from a bone marrow performed the week before. She tried to get his care transferred to another facility, but Cohen demanded he be returned to them. His blood work began improving, but he was picked up by CPS and police at 3:30 AM and forced back into Cohen for more chemotherapy. Mother Candace was able to get Nick transferred to NYU Winthrop to work with a different medical team. Within 30 days, Nick was in remission. Candace declined further treatment and was even granted permission from Judge Theresa Whelan to pursue follow up care wherever she chose. They moved to Florida, where Nick was being treated by Dr. Carlos Garcia at Utopia Wellness and other doctors. St. Joseph’s Hospital did blood work and confirmed Nick was looking good, with no sign of imminent danger. Officials from Suffolk County Child Protective Services filed an emergency removal petition to take custody of Nick away from Candace and force him back into chemotherapy. Judge Matthew G. Hughes rendered his verdict while noticeably weeping on October 26, 2018. He granted immediate custody of Nicholas to the Suffolk County Commissioner, as well as forced chemotherapy treatment at Winthrop hospital. Presently, there is an extended trial to determine if Candace Gundersen violated Judge Whelan’s order and whether or not she abused and neglected her son Nicholas. 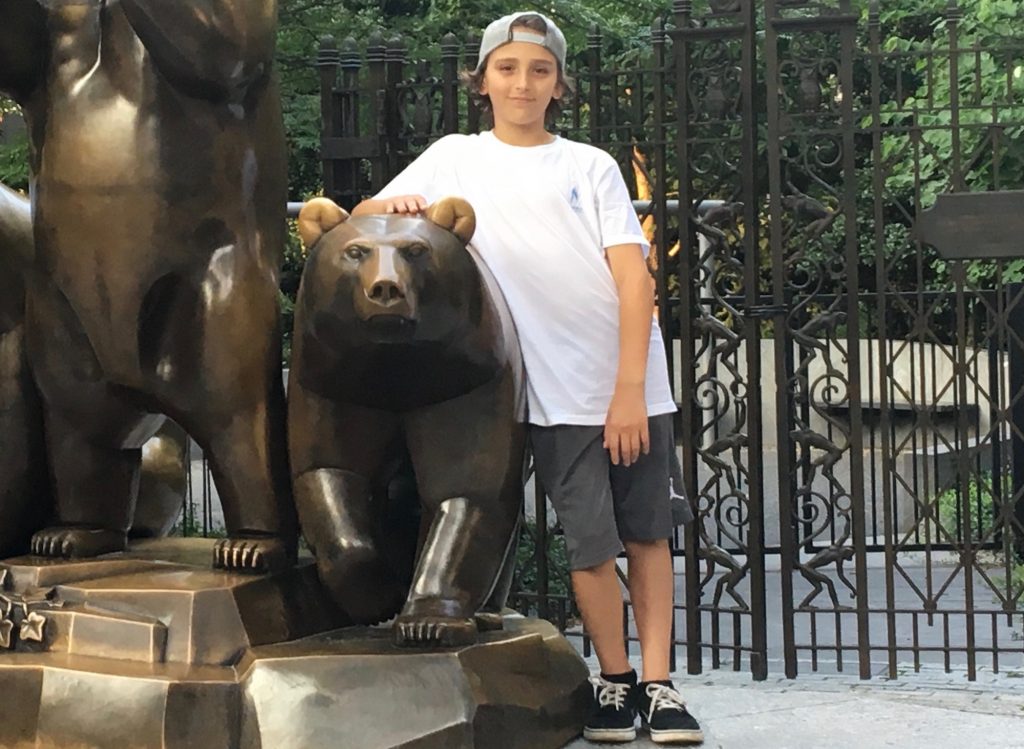 News stories have framed this in a variety of ways as have the medical community. At issue is the question of how best to treat a child in remission. The medical community perpetuates the myth that there is only one way to treat a child in remission and that is through more chemotherapy. The argument goes as follows: “It has been clear for at least 20 years that the state of ‘remission,’ at least in its initial stages, does not mean a ‘clean bill of health.’ It simply means that the cancer cells are not detectable, but remain in the blood in small amounts. However, unless chemotherapy is continued, those cells can once again multiply, and the results are usually fatal. Those who oppose the use of chemotherapy following an initial finding of ‘remission,’ while they may be well-intentioned, are risking the life of a child without any scientific rationale.” ~J. Edmund Keating, NYU Winthrop Hospital

But others in the medical community actually believe that long term chemotherapy is the worst possible treatment for a disease defined by toxins. When J. Edmund Keating uses the term “scientific rationale,” in his discussion of treatment, many people in the medical community become livid. And that’s because under the definition of oxymoron in the dictionary, there should be the phrase “science-based medicine.” The definition of science is testing all hypotheses and coming up with a result. Medicine only tests drugs, and in the case of leukemia only tests chemotherapy. Why? Because chemo is so wonderful, so effective? No, because it makes massive amounts of money for the industry . . . to the tune of $1.5 Million per child, minimum. 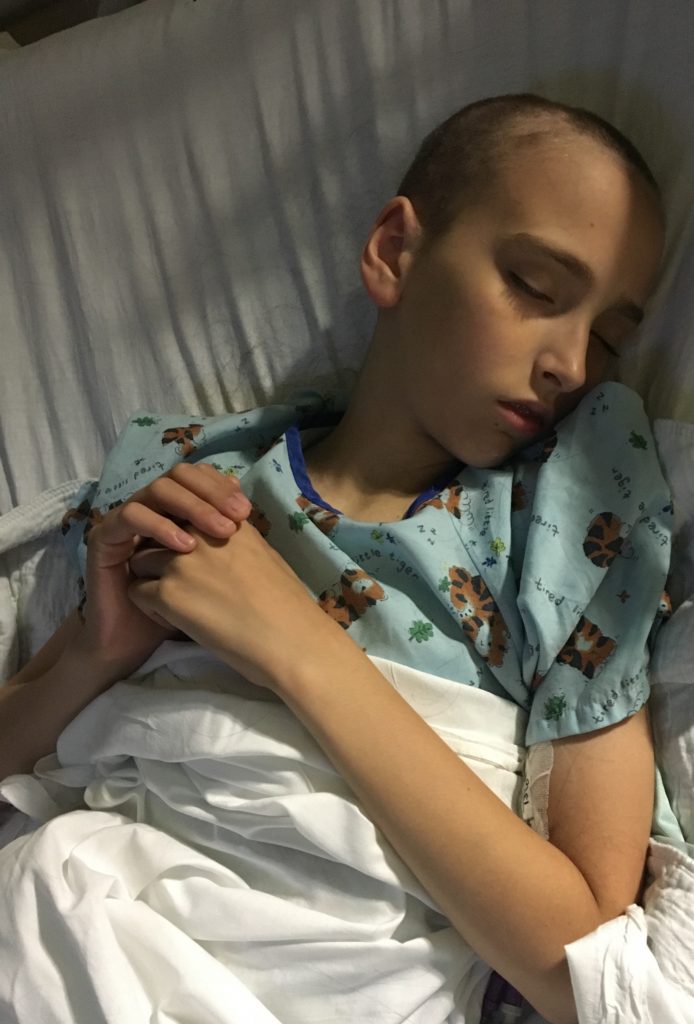 There are literally hundreds of scientific ways to treat a child in remission from cancer. The new documentary film Flipping The Script shows many. And around the United States, Child Protective Services is siding with the parents to stop long term chemo once the child is in remission. If parents are able to educate CPS everywhere else in America, what is going on in Suffolk County, NY?

The argument for CPS officials gets laid out as follows:

The Science of Chemotherapy is Deeply Flawed:

1. Chemotherapy does not kill cancer stem cells. It does however make cancer cells more resistant to further treatment. So not only does it not get to the heart of the matter, it actually makes the problem harder to treat in the future! At $15,000 to $54,000 a bag, it’s easy to see why it is the treatment of choice.

Limitations of Doctors and the Allopathic Medical Community

Western Medicine is a for profit, money driven system. It is the only business in the world where pharmaceutical companies can pay medical journals, Harvard Medical Professors, and ethics boards to get the outcomes they want. https://medium.com/@drjasonfung/the-corruption-of-evidence-based-medicine-killing-for-profit-41f2812b8704

The only thing tested on cancer are patentable drugs. Things that work around the world are banned by the FDA, or not allowed to even be tested. Evidence for this fact is available on the films Cancer Can Be Killed and Flipping The Script. Offering only chemotherapy as an option for leukemia is like you walking into a restaurant asking for a healthy breakfast and being told, “We’ve got Sugar Frosted Flakes and Cap’n Crunch, which’ll it be?” Chemo was never meant to heal, it was only meant to be a temporary solution to kill SOME cancer cells.

Follow Up is Everything After a Child Goes Into Remission!

Did you catch the flaw in the argument that those who don’t do long term chemo after remission usually die? It’s a hard one to catch and here’s why . . . Doctors have just finished pouring toxic cancer causing chemotherapy into a child for 30 days and now they are in remission. What’s the state of their body? It is in massive need of immune boosting therapies and gut restoration. BUT NONE OF THAT IS DONE. Instead they just drag out the same old, never updated protocol from the last 50 years and tell you that is all they can do! Of course, a child would relapse if nothing was corrected. The missing ingredient is restoring the body after chemotherapy, something that drugs just cannot do, and something western medicine has never incorporated.

The Allopathic Goal is Just a 5 Year Survival Rate

The first misnomer they tell the parents is that cancer is a life threatening disease so the fact that they are able to keep a child alive for longer than 5 years is just amazing! All the statistics are built around a 5 year survival rate. Understandably parents are horrified. The science of non toxic cancer treatment around the world has exploded so much in the last 10 years, it is now widely accepted among cancer treatment specialists that cancer is a check engine light, manageable if the root causes are addressed. Pouring toxins for long periods of time is not on anyone’s list of healthy options. Patients treating their cancer naturally with new strategies of immune boosting, detox, and nutrition are living long healthy lives with no side effects.

When my wife had stage 2 bladder cancer 3.5 years ago, the urologist looked us right in the eye and said, “There is no way you could treat this naturally in Germany, it’s far too aggressive.” Thirty days and $28,000 later, after natural cancer treatment in Germany, the cancer was completely gone. Why was the doctor so sure? And why when we returned was he not curious how it happened?

Dr. Mark Weinblatt of NYU Winthrop has testified that there would be no significant side effects from long term chemotherapy and that the child would die without long term chemo. But he also testified that in his experience he has only seen 3 in 12 patients survive long term chemo for MPAL. And for this minimal survival rate, he thinks it is so important to take the child from his mother and prevent the family from choosing the medical care of their choosing?

The breakthrough for leukemia and lymphoma patients as seen in the film Flipping The Script is understanding the origin of the cancer is an abundance of toxins and lack of nutrition. Detox the body, fill it up with IV nutrients and an organic plant based diet and the children thrive. For those parents who want insurance, cannabis oil acts as a proven cancer killer, able to penetrate the protein layer of the cancer cell and cause the mitochondria to explode and die. Not all parents in the film are using cannabis oil. But all parents from the film are regularly testing their child’s body to make sure it has everything it needs. These parents prove every day that cancer is not what doctors tell us it is. It was a symptom of too many toxins along with a virus and other contributing factors. Strengthening and balancing the body has worked in every single case.

We are in the midst of a profound change in medical care. We have been bamboozled for too long, but now we finally have the clinical experience to show that a child does not need to be tortured and maimed with organ failure, brain damage, relapse and death through chemotherapy. And the climate is still riddled with fear. Doctors are afraid to testify, for fear of having their license taken away. The media is afraid to publish stories of success for fear of losing revenue from the medical industry. Judges are afraid to stand up to the legal system and admit evidence in court besides just the one acceptable testimony from a compromised allopathic medical doctor. 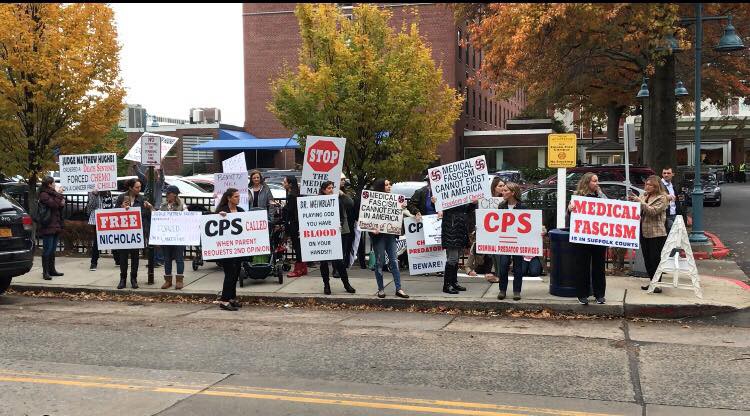 The Protest Movement is Growing 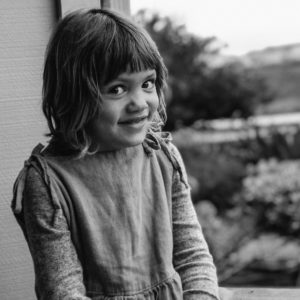 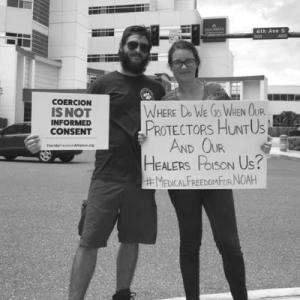